Form and function in zoology

The reason why the Unione Zoologica Italiana selected this particular topic for the Symposium lies in the old zoological tradition ascribing a fundamental importance to the relations between structure and function, at any dimensional level, from the molecular one, to populations or communities. This concept is clearly illustrated by the motto representing the Symposium. Living organisms are a special cathegory of objects, which somehow seem to go beyond the traditional laws governing the world of non living things. Often, when trying to interpret the meaning and the consequences of interactions between the different parts making up a biological whole, we realize that the whole is less than the sum of its parts, since, during the interaction between the different parts, because of the bonds developing according to the kind of interactions, some degrees of freedom are lost. However, at the same time it is possibile to state and observe that each biological system is much more than the sum of its single parts, since, from their interaction, new and not directly foreseeable situations are «created», able to confer to the system itself properties which did not exist in any of its elements. 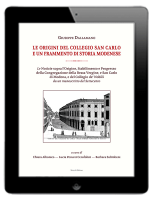