To state the obvious: Quantum mechanics is a very remarkable theory. Formulated in the 1920s in two mathematically equivalent ways, first as matrix mechanics by Werner Heisenberg, and then as wave mechanics by Erwin Schrödinger, for three quarters of a century it has provided a framework for the theoretical practices of physics. In doing so it has proved enormously successful. Nonethless, in certain regards it still remains a deeply mysterious and problematic theory. These problems are the topic of Alexander Afriat's book.

I Concetti della Fisica
Prototipo personalizzato per i prodotti correlati 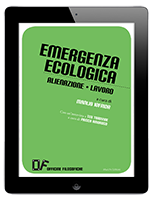